There Is a Place For Me 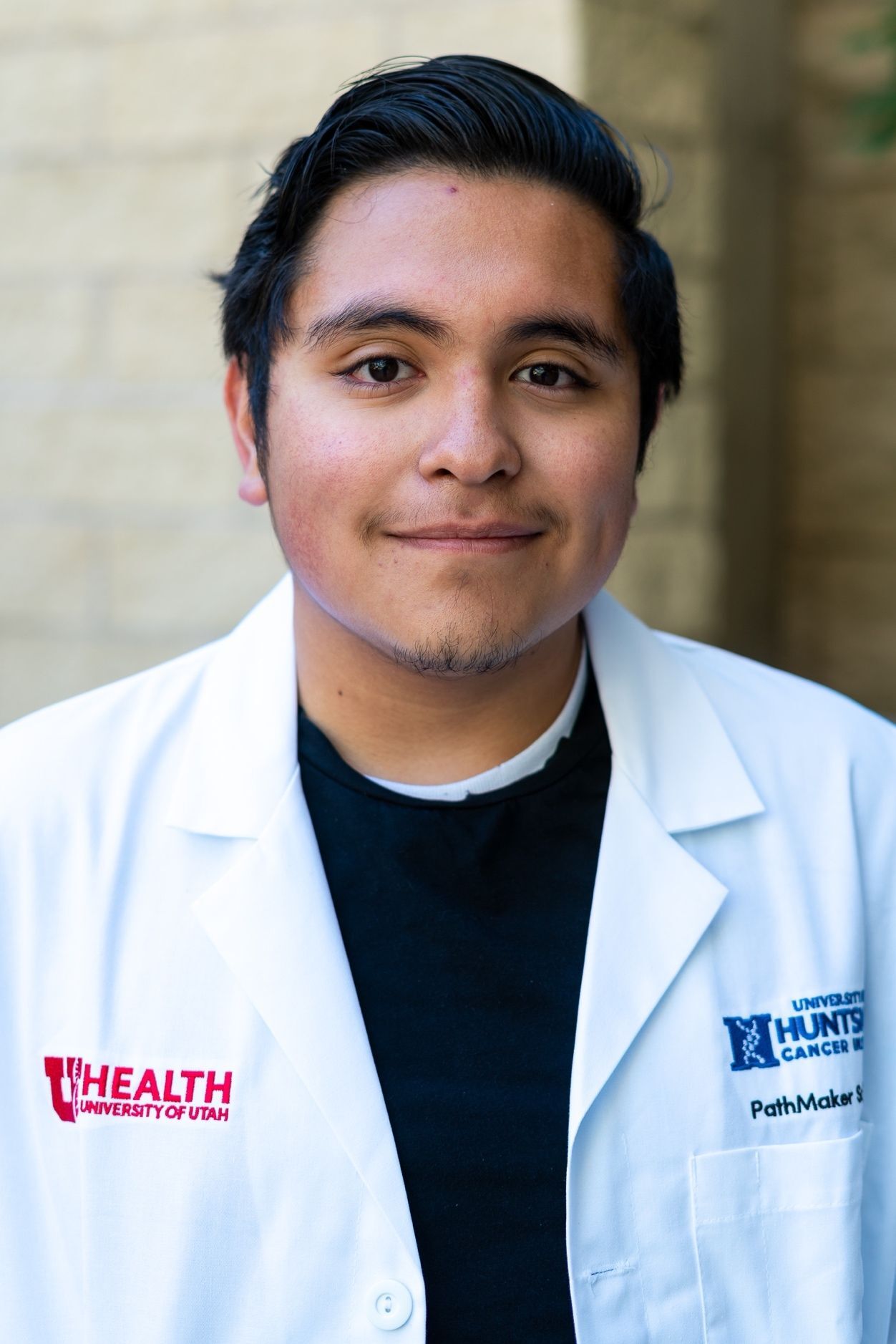 “I learned that there is a place for me in science.
I have a place in science and so does anyone who has that passion.”
–Jose Hernandez, PCHS Class of 2023

CHEMISTRY OF THE SOUL

Alexis, a junior and finance major in the University of Utah’s Eccles School of Business, lived in San Francisco to complete a JP Morgan fellowship.

“I was really nervous when I started - especially as a Latino coming into the company,” Alexis reflected.

“But it was pleasantly surprising - I got a feeling instantly that they were welcoming - and willing to be there for you. Especially Alicia Smith, my manager. God bless her.”

Jose, a PCHS senior who wants to become a research physician, interned for 10 weeks at the Huntsman Cancer Institute. And, while his time in The Rutter Lab focused on the biochemical work of enzymes, metabolism, and proteins - what he really learned was less systematic, more existential: you might call it chemistry of the soul.

“I learned research is a work of heart,” said Jose. “It’s a lot of different people coming together to better society. I used to think research was for introverts (like myself), but a scientist doesn't always look or think the same – in fact, scientists are a lot of different kinds of people.”

“I thought it would be focused on soft skills and professional development, but after a few weeks of learning the company culture, values, and people - along with things like how to deal with imposter syndrome, and how to create an elevator pitch - things changed and we were hands on! We had to complete three projects in three weeks - and present them to high level executives.”

THE COURAGE TO CONTINUE

Alexis says his first presentation did not go as he hoped.

“I did not do well - but the feedback was really helpful and sympathetic. They told me they had all been there before - and really emphasized it was a learning experience.”

But it was his soul-deep reaction after the presentation that really astonished him.

“I’ve felt like I failed before - but this time I was really emotional. I was embarrassed, and I didn’t want to feel that anymore. It pushed me to do more, and I asked my manager for advice on how to improve.

“Based on her feedback, I wrote a script with key points. I practiced and kept practicing. Before, I’d do something once and think I was good. But that experience really pushed me to do more.”

His next pitch went more smoothly, but the presentation on his final day of work was an epiphany.

“The last one was really nerve-wracking. I had to do some deep research on a company where information was not readily available, and I didn’t have access to the company databases. Then, I had to present it to the professionals who actually do that as their jobs.”

The feedback was great - and not just on Alexis’ presentation style.

“They told me they were really impressed. The company I researched was really hidden - there wasn’t much available and they could tell I really dug deep. Being able to build up and finish with a bang was really amazing.”

For the incredibly hardworking Bright Futures cohorts, who are first-generation students battling structural income barriers, digging deep is a way of life.

“Bright Futures has taught me so much,” said Jose. “Without them, I wouldn't even know where to start. But, while the BF program does help - it’s really up to you to act.

“It's a community, and trust me when I say that if you join BF and you work to stay in the program you will achieve anything you set your mind to.”

It’s because Bright Futures is paving a way for more students that Jose says he now knows he wants to become a research physician. He plans to major in Biomedical Engineering as an undergrad.

THE DEFINITION OF SUCCESS

“The Bright Futures team wants you to succeed - and that alone is something amazing,” he continued. “It makes you want to keep going and reach past your limits and you want to repay that. For now, making sure to graduate from college is my way to repay that.”

Thanks to his summer experience, Alexis learned career success is so much deeper than daily job duties.

“When I started the fellowship, I thought, ‘This is REAL LIFE – this is something I will do in the long term.’ I was afraid I would be fired or wouldn’t have a real job if I didn’t do well.”

“After the executives and my manager shared their own experiences that were so relatable, it made me see we all have flaws. The important thing is that we get back up. That is what shows character.”

For Jose, this summer’s methodical diligence toward the work of his heart has already paid off in a way that is impossible to quantify.

“I learned that there is a place for me in science. I may not always look like a scientist or feel like one but science is a big field and it's diverse. I have a place in science - and so does anyone who has that passion.”

“Wanting to improve IS success,” said Alexis. “Now that I know that, and I know that I can do that, I feel less stressed about the future.”

This was perhaps the biggest surprise for Alexis: that the most important thing he learned from his fellowship was something he knew how to do all along.

A HUGE milestone for Bright Futures Park City: a number of students in the very first cohort are on track to graduate from college in May!

As of September 2022, there are 127 students (10th graders through 4th-year college students) working their way to and through college.

Bright Futures, one of PCEF's 8 Signature Initiatives, walks alongside Park City's first-generation students as they prepare for, succeed in, and graduate college.

We make a long-term commitment to our students, providing a college-readiness curriculum, individualized coaching, peer support and financial assistance from 10th grade through college graduation.

Similar programs have an 86% graduation rate...

Our 53 current college students have collectively achieved a 90% college progression rate as of July 2022!

It takes a lot of support to get our students to ~and through~ college!

If you would like to learn more about Bright Futures, or help our motivated, hard-working students by making a contribution, we invite you to click this direct link.