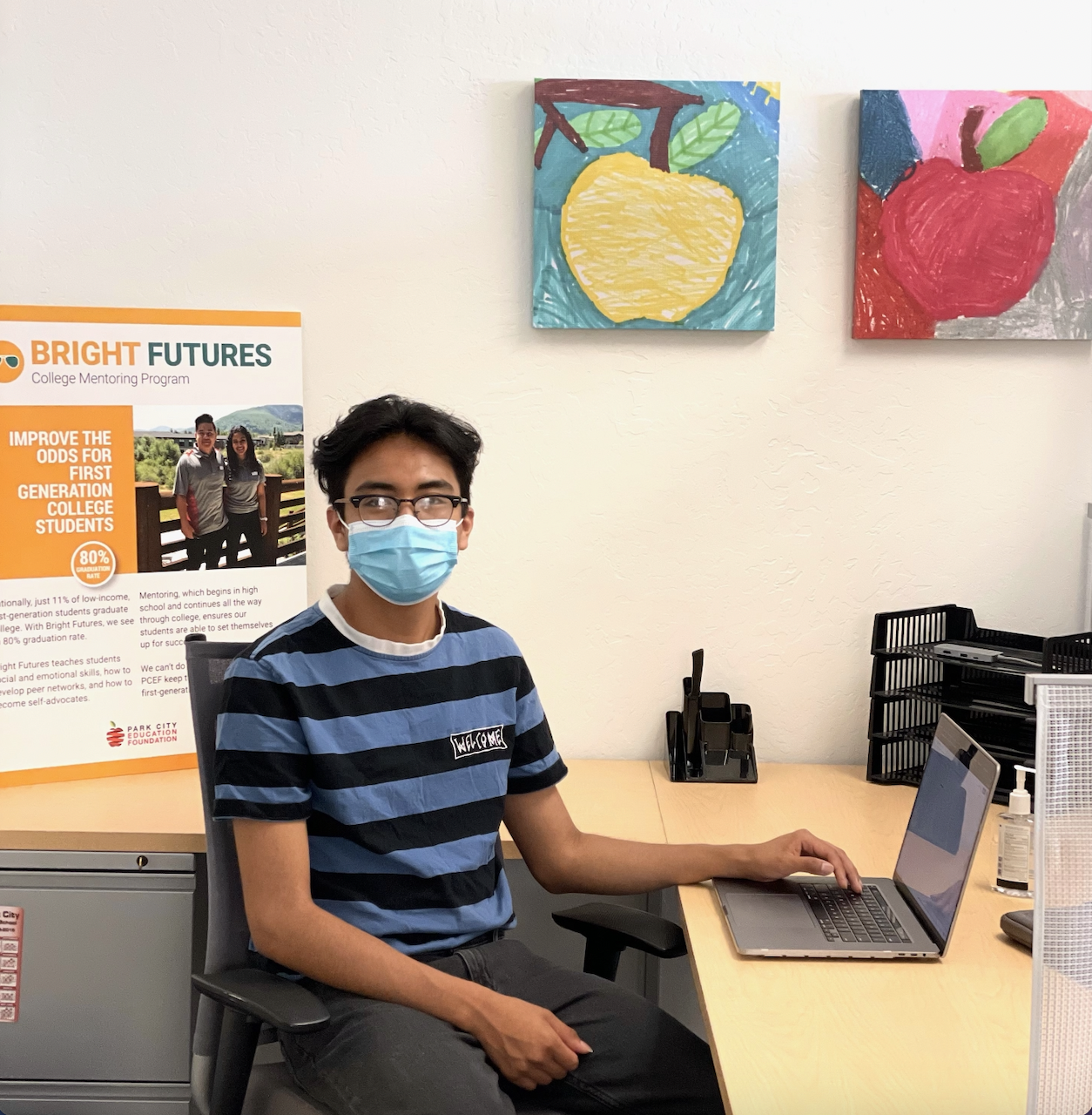 If you’ve seen his award-winning Latinos in Action film project, you already know a couple of things about Edwin Ramos: this young man does not shy away from *any* tough topics - and he has the grit to do the grinding hard work to overcome obstacles and accomplish his goals.

“I didn’t know that I wanted to be in film until I made that video,” Edwin, PCEF’s first BF intern ( Español | English) said. “The competition theme was ‘Be the Change.’ I talked about really personal challenges in the video; my story needed to be told and there is no shame in that. That was very important to me.”

Shortly after Edwin, now a 12th-grader at PCHS, realized his heart was set on film, he started saving money. To earn enough to buy a laptop with video editing capabilities, Edwin worked nearly every single evening at Café Rio. His shift: 4 - 11 p.m. Home by 12 a.m. And then - his homework began.

“It was stressful,” the 17-year-old said about this exercise in grit and discipline, “but it was worth it.”

During that long, hard stretch, Edwin also kept his grades up, participated in Latinos in Action and Bright Futures, Dream Big, debate, FBLA, and cross-country.

He bought his laptop last spring - and is already in the middle of his next project, a documentary featuring another Bright Futures student.

Edwin told PCEF he wanted to be the inaugural BF intern because “I know that more than 20% of our students and families are Hispanic. It’s important for EVERYONE to have awareness.”

You’ve already seen a few posts created by Edwin, exclusively in Spanish, on our social channels (Facebook | Instagram), which is just the first step.

“Translation is the bare minimum,” Edwin said. “Especially in the Hispanic community, everyone is on Facebook -- I feel like it has become the way the community engages. What’s App and Facebook seem to be the two primary tools.”

Edwin isn’t stopping there, though. His summer work goals include creating relevant and meaningful Spanish-language social media posts to be published throughout the year. They will feature Bright Futures students and shine a spotlight on programs that support our Spanish-speaking community.

And then? Well, what else could it be? VIDEOS!

“Videos in Spanish would be awesome,” Edwin said. “And then, Spanish-language resources, written in Spanish, on the PCEF website.”

He’s already hard at work on both of these elements - watch our social channels; we’ll direct you to them as they are rolled out this year.

We have no doubt that Edwin will not stop until he accomplishes his goals, and PCEF is proud to connect him with tools to amplify critical information and resources for all Park City School District families.

Thank you, Edwin, for setting the bar so high for the Bright Futures internship program - we’re delighted to support you and your work as you use your ideas, images, language, and grit to make huge progress in the world, one film (and social media post) at a time!