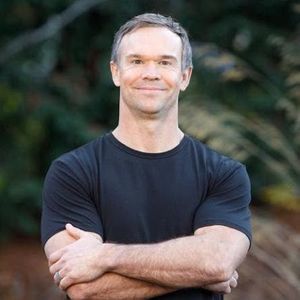 Hoby Darling has spent his career at the intersection of business, innovation, technology, and human performance.  He has guided several of the highest performing teams and individuals in sports and business.  He currently serves as the Co-Founder & Partner of Liminal Collective, a high performance advisory company; and as President of Logitech's Sports & Human Performance Division. Prior to that he served as CEO of Park City based Skullcandy and Astro Gaming, and as senior leader at Nike and Volcom. He serves on the board or in advisory capacities to multiple organizations including Nike US Sports Camps, FitLab Ventures, Momentous Human Performance, RPM Fitness, and Ragnar Relays.

He has graduate degrees from the University of California at Berkeley, Columbia University in New York, and Northwestern University.  He has been featured in leading publications, books and media ranging from the Wall Street Journal, California Business Journal and CNBC to MTV and Thrive around topics including performance, business, sports, culture and innovation.  He is a certified Crossfit Coach and has completed multiple endurance and adventure races ranging from Ironman to Spartan Ultra obstacle races.  He and his wife and two daughters reside in Park City, Utah.